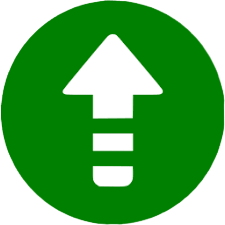 BitStarz casino is no longer a new operator, as it was established in 2014 and has won several awards since then. As one of the first online gambling operators that allowed players to make cryptocurrency deposits, it has gained a lot of traction among the fans of digital money. Today, players can load their account and gamble in bitcoin, as well as many other cryptocurrencies, like Ethereum and Litecoin. It was nominated at the EGR awards for Innovation in Casino and Best Customer Relationship Marketing Campaign.

BitStarz runs on a licence issued by the government of Curaçao and accepts players from countries where online gambling is licensed. It provides them with a mix of slots, table games and video pokers supplied by iSoftBet, Betsoft, Evolution Gaming, Yggdrasil and Microgaming, among other software developers. The line-up of games is inching closer to 2,000 titles, of which a significant percentage are slots, and they include some of the highest-paying progressive jackpot games.

Players have the option to enjoy the games for free or real money and they can try them on computers, as well as mobile devices. Smartphone and tablet users are eligible for the same bonuses and promotions as their desktop counterparts and can use their handheld devices to clear the wagering requirements.

BitStarz encourages prospective players to tag along by providing them with a generous welcome bonus. These can be unlocked without redeeming promo codes, and eligible players will have bonuses awarded automatically to their accounts. New members can receive the equivalent of 5 BTC when making the first deposit, as the casino will match this amount 100%. They have the option of receiving the bonus in traditional currency, and they can also claim 180 free spins on the Boomanji, Fruit Zen and Wolf Gold slots.

Players from Australia are accepted and they can deposit in AUD to have the equivalent bonus amount awarded. The funds are offered immediately, while the free spins are released incrementally over the course of nine days. BitStarz will also match the second deposit by 50% up to 5 BTC, and new players are eligible for the same financial incentive when they load their account for the third time. The fourth deposit is once again doubled up to 5 BTC, and members also qualify for smaller reload bonuses. These are all legit offers and players can cash out their winnings after meeting the bonus wagering requirements.

BitStarz has quickly expanded its line-up of games by signing deals with multiple software developers. The casino has a propensity for slots, but it’s well versed in the art of offering immersive table games that can be played against real dealers. Players can check the line-up of games at a glance on their website and find the best titles from NetEnt, Betsoft, Microgaming, Amatic Industries, Endorphina and many other suppliers. These are mobile-friendly games that can be enjoyed on iOS and Android-powered gadgets.

Punters who prefer the excitement of live-dealer table games will be pleasantly surprised by the roulette, blackjack and baccarat games supplied by Evolution Gaming and Ezugi. The action is broadcast in real-time from luxurious studios and land-based casinos, and the tables are staffed by professional dealers. BitStarz uses the latest webcam technology to stream the games live without significant delays, so players are fully immersed in the gaming atmosphere.

The live casino section is available exclusively to those who deposit and wager real money, but the numerous versions of roulette can be tested for free against the algorithms. American, European and French roulette are the main options for the fans of the genre, but they can also try modern varieties. Immersive and multi-wheel roulette instinctively appeal to those who want to push their gaming into overdrive. While the roulette wheels are in motion, players can talk to their peers and the dealers.

It is imperative to register a real-money account to play any of the BitStarz games, including those offered for free. Players from certain countries might have their access to certain games restricted, but the collection is comprehensive enough to offset these shortcomings. Punters have the option of playing directly in the browser, or they can quickly download them to their device of choice.

BitStarz is a casino whose name speaks for itself, as the emphasis is on providing cryptocurrency fans with a secure gaming environment. Those who prefer traditional deposits won’t be disappointed and they can use credit and debit cards from Visa and MasterCard, as well as bank transfers. Neteller and Skrill are the two eWallets that players can use to make instant deposits and cash out their winnings. Those who prefer to bet in cryptocurrencies can choose from bitcoin, Litecoin, Ethereum, Dogecoin and CoinsPaid.

USD, EUR, GBP, AUD, CAD, SEK, NOK and RUB are also accepted, and players eligible for bonuses can have the amounts credited in these currencies. All deposits are performed instantly, while cash-outs are also decently fast and free of commission. The requirement is for players to stick to the same payment method and currency when making these transfers. One of the biggest concerns for prospective players is that most deposits are subject to a small processing fee of 2.5%. Cryptocurrency fans can consider themselves lucky, as those who deposit through Cubits are only charged 0.5%.

The decision to impose these fees on deposits can be a bit frustrating, but at least players won’t have to pay them when cashing out. The average waiting time on withdrawals is less than three banking days, which makes BitStarz cash-outs faster than the industry average. Depending on the banking option preferred, players can expect to get their funds in one to three days. The minimum deposit amount consists of $20 or currency equivalent, and players can withdraw up to $4,000 per transaction. There are also cash-out limits for weekly money transfers, but these don’t apply to progressive jackpots.

BitStarz has emerged as one of the best choices for cryptocurrency fans with a keen eye for online gambling. The casino has a strong track record and, over its four years of activity, it has expanded its player base by supplying great games and generous bonuses. It has been nominated for prestigious awards in recent years and has a reputation for offering a diverse portfolio of mobile-friendly games. Players enjoy a lot of freedom of choice when picking their payment methods and can deposit in traditional currency, as well as digital money. The only shortcoming is that deposits are subject to a small processing fee.